At his “inauguration” as President of the Confederacy, on February 18, 1861, Jefferson Davis heard  a lively version of the song “Dixie” played in his honor.

Four years later, on April 11, 1865, Abraham Lincoln, speaking to a lively crowd outside the White House celebrating the news of Lee’s surrender, asked the crowd to join him in singing “Dixie” as a gesture toward reconciliation.   It was to be his last speech.

The derivation of Dixie meaning the South is disputed.  Some say it was because ten dollar bills in Louisiana also included the word “Dix” , French for “ten.”  That allegedly led people to call the South “Dix’s Land”, which eventually became “Dixieland.”  Another theory is that it came from the creation of the “Mason-Dixon Line.”  In any case the song “Dixie” was written in 1859 and, naturally, first performed in New York City (?!).  It was quickly adopted in the South.  (The above is from Mark Boatner, “The Civil War Dictionary”)

Here are images of Davis’s inauguration and Lincoln’s appearance: 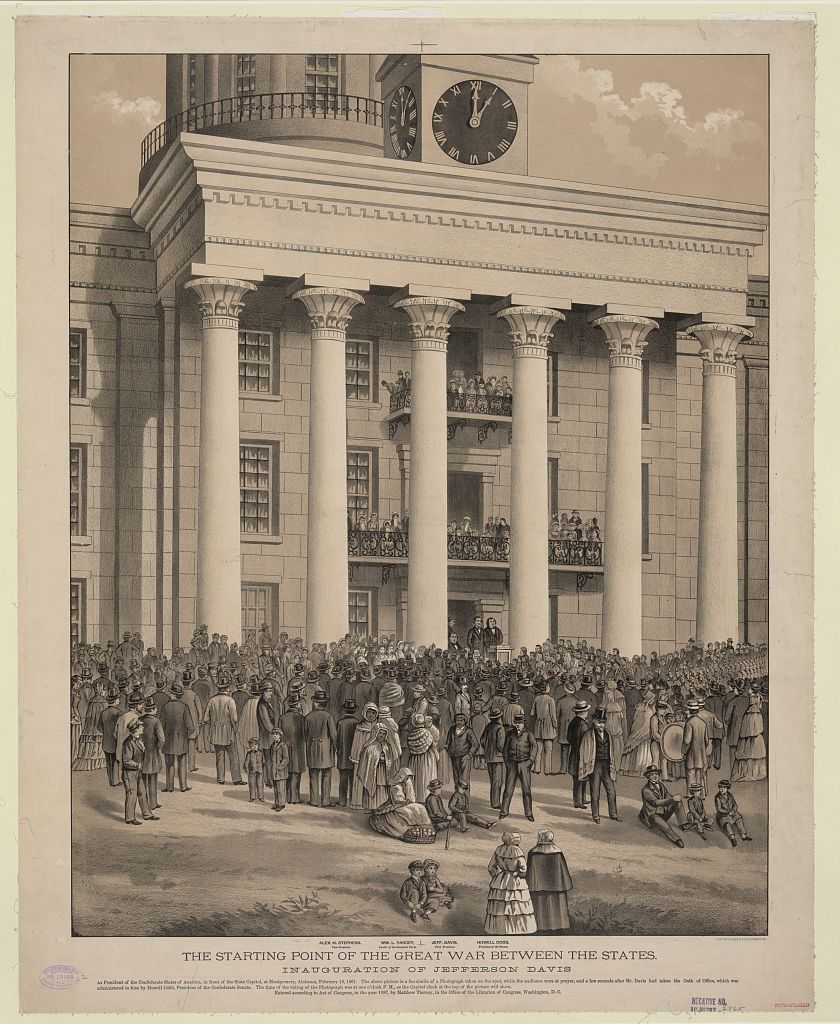