It was clearly a day for “M“s.  We took a drive on the John Marshall Highway yesterday just to get out of our self-containment for a while, and we passed through the city of Marshall, Virginia, which, like the highway, was named for the esteemed Supreme Court Justice.

At one intersection we found the sign, below, advising that four miles to the north, in the city of Rectortown, on November 7, 1862, General George McClellan had been removed from command of the Army of Potomac and replaced by Ambrose Burnside.

When we turned the corner to head for Rectortown, we stopped abruptly because, no more than 200 yards from the first sign, was a second one announcing that on that site, Colonel John Mosby’s  Raiders had been disbanded.

At our final stop in Rectortown, just across from the RR tracks, was a placard describing the process of Burnside replacing McClellan, colorfully describing it as “McClellan’s Demise.”  The same placard also said that nearby “Mosby’s Raffle” had taken place.  It seems that after seven of his men had been executed by Union forces, on November 6, 1864, (by coincidence, two years after McClellan was replaced), Mosby and his men decided to execute the same number of Union prisoners in Rectortown.  They were to be “raffled,” i.e. chosen by lot.  Eventually Mosby and Sheridan agreed to cease such treatment of prisoners.

Below are our pictures of the three placards: 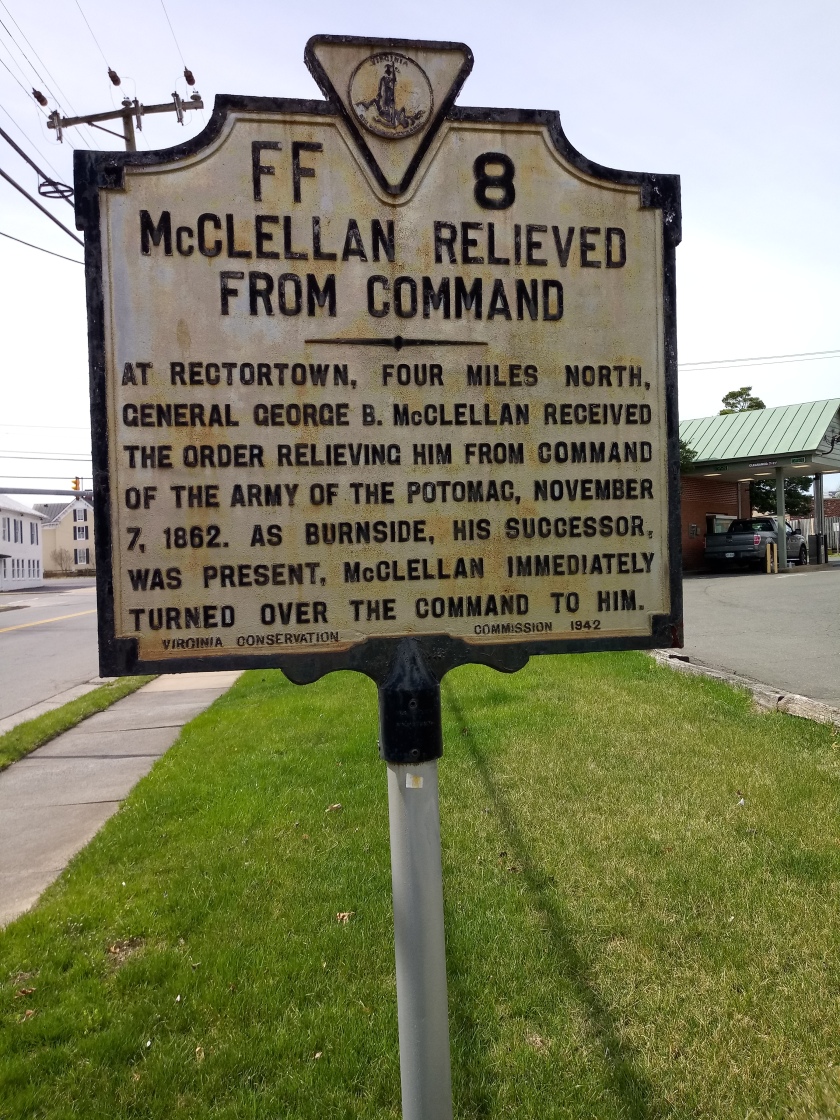 One thought on “McClellan, Mosby Move On near Marshall”