During the past weekend’s celebration of our 50th wedding anniversary, we took the time (naturally) to take a few Civil War pictures.  Here they are, underlining that then, as now, Washington remains a small town.

The first is the monument to W.T. Sherman, just behind the White House and the Treasury Department.  The second is the Renwick Gallery, across the street from the White House, now part of the Smithsonian, but during the Civil War the headquarters of the Quartermaster of the Union Army, General Montgomery Meigs.  He is one of the most unsung, yet most essential heroes of the Union victory, a  mastermind of supply and logistics.  The third is Blair House, next door to the Renwick, where General-in-Chief Winfield Scott offered Robert E. Lee the command of the Union army.   I know it’s a “what-if” issue, but I think there is very little doubt that Lee leading the Union army would have shortened the war and the bloodshed immeasurably.

Side note re Lee and Meigs.  In the 1830s Lee, a great engineer, was sent to St. Louis to oversee efforts to make the Mississippi River flow more efficiently, removing obstacles, etc.  His assistant in the venture was Montgomery Meigs.  Thirty years later, Meigs would decide to create Arlington cemetery on Lee’s plantation grounds. 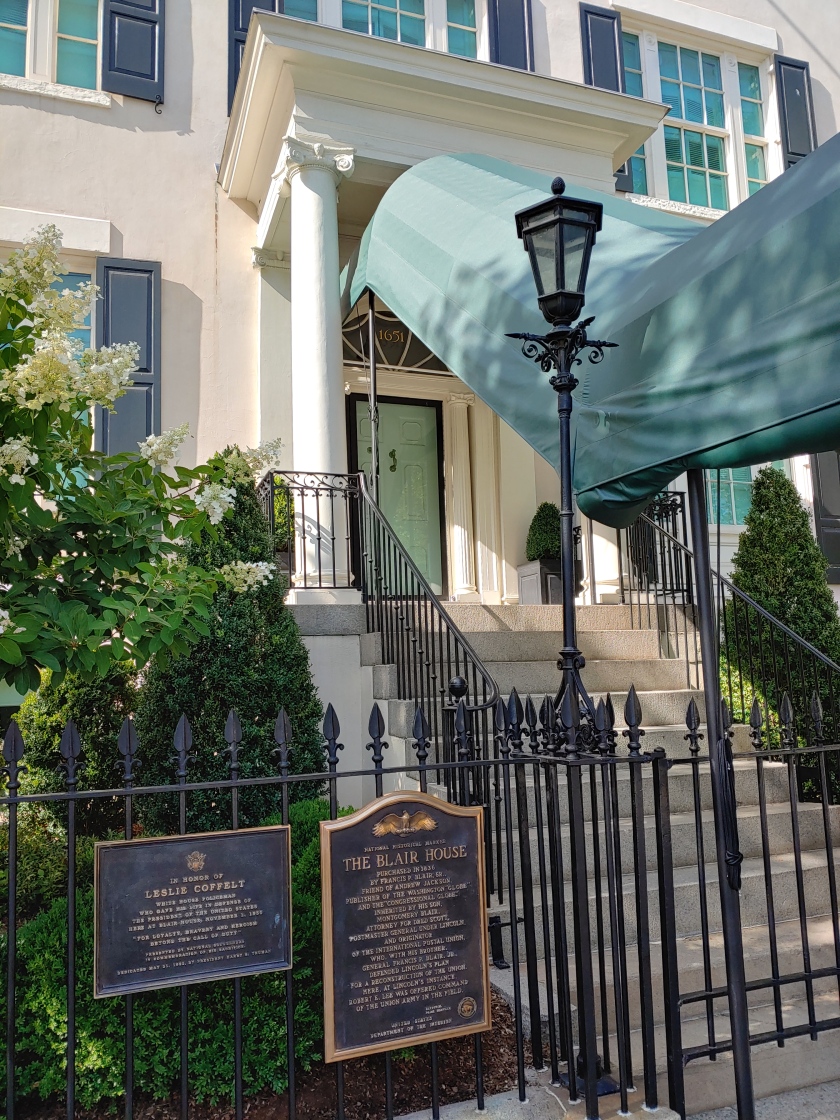