Early in the Civil War, some generals recognized that their advancement in rank and prestige depended not only on their military achievements, but also on their public relations, especially with journalists.  It was a time when the standards for objective and accurate journalism were, shall we say, “evolving,” and reporters often embellished the records of generals they favored, as well as those who treated them well or even bribed them.  Those who did not indulge the journalists often saw the reporters write negative articles about them, regardless of the facts.

George McClellan, who effectively used a portable printing press on his early campaigns to make public pronouncements about his achievements, was especially skilled in currying favor with the press.  The latter quickly dubbed him “The Young Napoleon” after his troops’ 1861 victories in western Virginia — even though McClellan himself was never actually on a battlefield during this period.

General Jacob Cox, one of McClellan’s key aides in that region, had an autonomous command which had succeeded in taking Charleston and Gauley Bridge in late July 1861, key steps toward the creation of the new state of West Virginia.  Cox’s policy toward the press differed from McClellan’s, which was one of the reasons why he was not well known.  For example, the day after his troops had taken Gauley Bridge, reporters from the New York Times and New York Tribune approached him to ask on what terms they could accompany his forces.  The self-effacing Cox did not see this as an opportunity to engage in self-promotion.  He told them they could accompany the army and would be furnished with tents and transportation.  But he would require that their reports be reviewed by his staff to make sure they did not aid the rebels.  The disappointed journalists instead wanted to be made volunteers with military rank.  In his Military Reminiscences, he wrote that he emurred, noting they would be more independent if they did not feel they had to repay favors with flattery.  Their response was “General Cox thinks he can get along without us, and we will show him.  We will write him down.”‘

Despite Cox’s military successes, subsequent articles from these men described Cox’s army as “demoralized, drunken, and without discipline, in a state of insubordination,” and their commander as “totally incompetent.”  Cox wrote to his wife that “I was depressed when I first saw the malicious criticism, but now I feel that the discipline for dealing with it will better my character.”

After two more months of campaigning, and after Cox and his colleague William Rosecrans had rolled back the rebels at the Battle of Carnifex Ferry, the tone of press reports changed.  Cox was undoubtedly surprised and pleased when, on September 18, 1861, the New York Times reported, “Nowhere else in the war has the Union army so well sustained their cause as in western Virginia…Considering the terrain and obstacles there, it is a great victory…General Cox enjoys the unquestioned honor of winning the important valley of the Kanawha for the Union.” 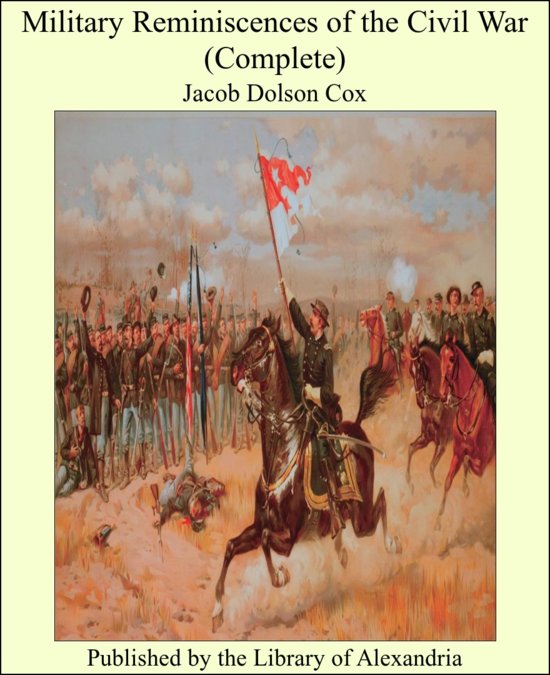